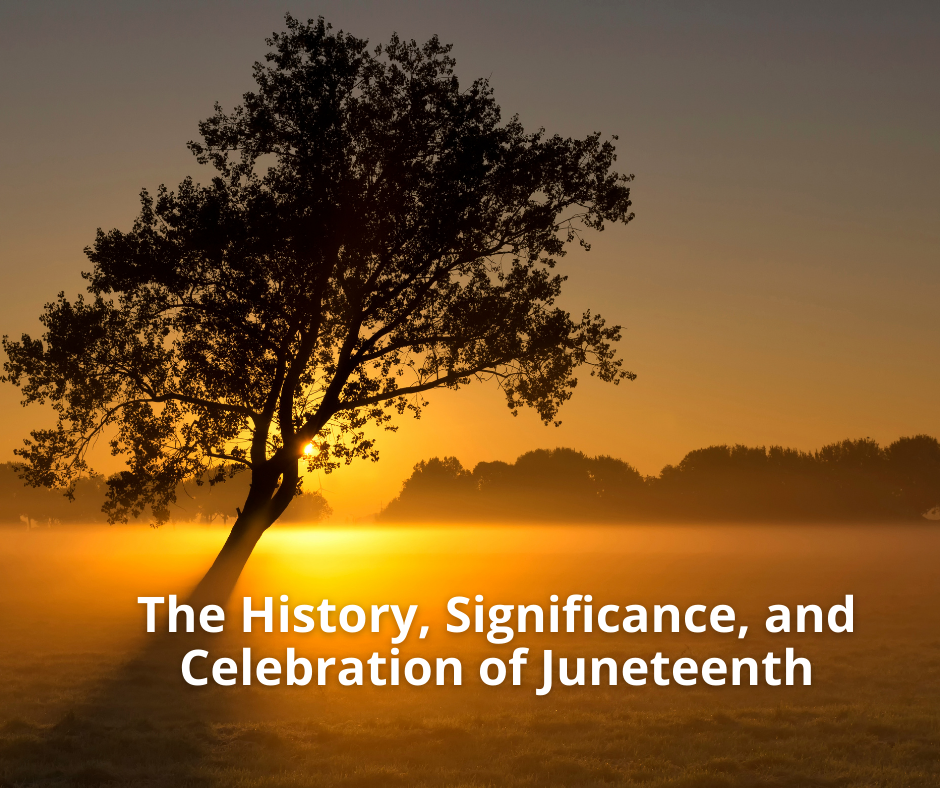 The History, Significance, and Celebration of Juneteenth

The Juneteeth holiday marks the end of slavery in the United States and is one of the oldest African American holidays. It is the date that troops arrived in Galveston, Texas, after the Civil War, to enforce the Emancipation Proclamation. Though celebrated for more than a century, it only became recognized as a federal holiday in 2021.

The History of Juneteenth

Abraham Lincoln signed the Emancipation Proclamation freeing all enslaved people in the Confederacy, on January 1, 1863. Yet, it wasn't until 1865, when the Confederacy fell, that slavery began to be abolished in the South. In Texas, slavery continued a few months after the surrender. There was little troop presence in the state, and it became a haven for slavers.1

On June 19th, 1865, Union troops arrived in Texas to force the abolition of slavery in the state. While it took until the following fall for all slaveholders to comply, the action ultimately freed 250,000 enslaved people. Six months later, the abolishment of slavery was added to the Bill of Rights under the 13th Amendment.1

Celebrations of the Juneteenth holiday began a year after the troops arrived in Texas. The first annual Texas celebration was called "Jubilee Day." For decades, Texans continued to celebrate the day with music, barbeques, activities, and church services. Eventually, the celebrations spread to other states as African American families from Texas began to migrate. More than a century later, in 1979, the date became an official Texas state holiday.1

How is the Juneteenth Holiday Celebrated?

The celebrations for Juneteenth have grown over the years. Initially, most festivities included family gatherings and prayer services. Now, celebrations include pilgrimages to Galveston as well as festivals, parades, and local events. These are celebrated throughout the country and in numerous ways. Many families established their own traditions. Galveston still remains the place for the largest celebrations in the country for this important day.2

The Importance of Juneteenth

While Juneteenth has been an important holiday over the decades, its importance is now even more significant. A series of events in the country more recently has led to groups redirecting their efforts toward gaining equality for African Americans. Companies, government entities, and community organizations voiced their support as well and pushed for a stronger recognition of the Juneteenth holiday.2

The federal government responded to the masses by officially declaring Juneteeth a national holiday. While the events in Texas are still the focus behind celebrations, it has also become a time for acknowledgment of the difficulties the African American community continues to face.2

If you are interested in learning more about the Juneteenth holiday or where to celebrate, contact your local community center to find out more or engage in some research into local celebrations. Celebrate the end of slavery in the United States by joining the festivities this Juneteenth holiday.

1What Is Juneteenth?, History.com, https://www.history.com/news/what-is-juneteenth

2So You Want to Learn About Juneteenth?, NY Times https://www.nytimes.com/article/juneteenth-day-celebration.html

Content in this material is for educational and general information only and not intended to provide specific advice or recommendations for any individual.

All information is believed to be from reliable sources; however LPL Financial makes no representation as to its completeness or accuracy.

This article was prepared by WriterAccess.