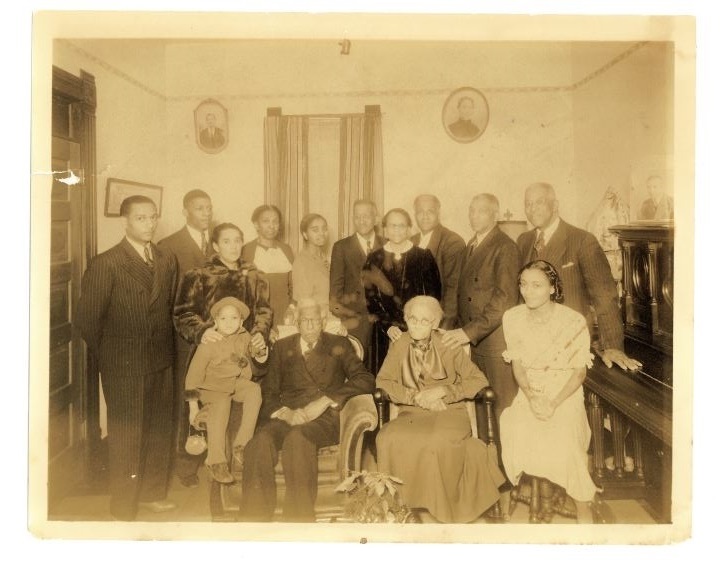 AN AUTOBIOGRAPHY BY WILLIAM L. BETHEL

Many requests have been made of me to write something of the story of my life. Until recently I have never given much consideration to these requests for the reason that I had never thought that I had done enough in the world to warrant anything in the way of an autobiography; and I hope that my life work, by reason of my present age lies more in the future than in the past

I was born a slave on the 4th day of May 1844 Clemonsville North Carolina, Forsyth County. My master's name was Josiah Bethel and the mistress's name was Eliza Bethel, and their only daughter was named Mary Bethel. Finally Mary came of age and married a man by the name of Professor Gannaway who was the professor of Trinity College at Trinity North Carolina. After Mr. Gannaway was married to Mary Bethel he moved from Germanton North Carolina where we were living taking my mother and the rest of our family with him to Trinity College, leaving my grandmother and me with Josiah and Eliza Bethel. I was quite a pet of the mistress and every morning and night my master would put his hand on my head and pray.

Josiah Bethel was a Methodist preacher and of course we had to move often. We moved from Germanton North Carolina to Greensboro where I spent my childhood days and we lived there until the Civil War. At the age of 18 years, I moved to Bristow Virginia, enlisted in the Army and then I went to Richmond. One of our favorite songs was

Look ever in the valley, don't you see it lightin'

Looks like we are going to have a storm, but you are mistaken

Tis the darky soldiers buttons shining on the uniform.

After the surrender we went to Raleigh North Carolina where we were mustered out. I then moved to Goldsboro and began working for Judge Lane on a farm and I worked for him twelve months and went to school at night. My meals consisted of fat meat and corn bread.

In the year of 1867 I went to Robinson County, to cut turpentine boxes, and while there I met a man by the name of W. B. Harley, and we organized a school and hired a white man as tutor. The school grew so large we would assist the teacher.

I left Robinson County in the year of 1870 and went back to Greensboro North Carolina and worked in a hotel and continued my scholastic efforts, my teachers names were Jake Nocho and Rev. Crestfield.

In 1872 I married Mrs. Fannie Elizabeth Martin purchased a homesite, one acre of land, built a frame cabin, at which place Greensboro, North Carolina, my first child was born Carrie Lee Bethel, (now Carrie Lee Lanier) and to date of this writing she is living at Winston Salem North Carolina. The next year in 1873 I entered Lincoln University in Chester County, Pennsylvania and worked in a club for my board for Dr. Goler who is now the President of Livingstone College, Salisbury North Carolina. After working there for sometime I purchased the club where I worked. In the year of 1876 my second child was born, William H. Bethel who is now living at Buffalo, New York. I was graduated from Lincoln University in the year of 1882. During the same year on the twelfth day of April of 1882, I was licensed to preach. After receiving my Certificate of Licensure, I went on a Mission trip to Spartanburg and Welford, South Carolina and organized a church and school, and also served several other churches in Greenville County South Carolina. In 1886 my wife died, and I then went to Winston Sale and organized a Presbyterian Church and seved a church at Germanton North Carolina and I purchased some property while there.

Meanwhile I married Mrs. Nannie L. Brown who is now my present wife. I then moved to Mt Airy, served a church there, one at Stuart Virginia another at Sanford North Carolina, organized churches at Jonesboro and several other places in North Carolina. I lost my health at Sanford and returned to Winston Salem.

I came to Oklahoma City in 1904 and purchased the premises where I now reside 129-131 South Klein street. I also organized a church in the said city, and in the year of 1907 I received three enabling acts:

1st An Enabling Act from the Presbytery of Oklahoma to organize the Bethany Presbyterian Church in Oklahoma City.

However it is impossible to remember all the incidents that happened from the days of my childhood until now, but I have given the most important things; that is the things that I think would be inspiring to someone else.

I am the father of six children, and I put forth every effort possible to educate them and I will now attempt to write what they are doing and their whereabouts. I have already mentioned heretofore where two of them are, and I might add that my children were graduated and received their degrees at Lincoln University, where I finished. Rev Martin L. Bethel is now teaching at Tuskegee Institute, Alabama, Doctor Issac N. H. Bethel lives in Detroit Michigan, Mrs. Bessie B. Smith (nee Bethel) is teaching in the grade schools of Oklahoma City and Doctor Allen Paul Bethel, druggist also lives in Oklahoma City.

I am now the Honorable retired and Pastor Emeritus of the Bethany Presbyterian Church.